How to Fix a Leaking Pipe? Advice from a Plumber

Leaks represent the majority of issues you may encounter with your home plumbing system. Any damaged component runs the risk of causing leaks. While leaks are usually easy to detect and fix, especially those that come from visible plumbing fixtures such as a faucet and shower, there are certain cases in which finding them could prove challenging. Leaks coming from the pipes are usually the hardest to find, because pipes are normally hidden underneath the sink, behind large fittings, or even within the walls.

Finding the source of a pipe leak is much harder than most homeowners think, not only because the pipes are out of sight but also because they, along with a range of connectors, form a complex network. To better understand how leaks form, to narrow your search of their possible sources, and to determine the best way to stop leaking pipe, here’s an overview of the structure of a home piping and plumbing fitting.

Although not all of these fittings and connectors may be included in your home piping system, it is important to know them and their functions so that you can easily decide which one to install in case you need to update the piping system’s structure or fix a leaking pipe.

Pipe leaks may come from anywhere and in order to fix them, you first need to accurately pinpoint their sources. There are a number of circumstances that may lead to pipe leaks:

A lot of households tend to neglect their pipe leak problems because they underestimate their effects. They only call a plumber when it’s too late, usually when the damage is already impossible to fix. The truth is that the water damage leaky pipes cause may come in different forms depending on where it is originating from. If it’s underground or in the basement near your home’s footing, it could saturate and weaken the soil. If it’s within your walls, it may damage the interior composition of the wall, and the moisture may attract microorganisms and pests as well as mould and mildew.

How to Fix a Leaking Pipe

For practical reasons, you must learn a few repairs to at least prevent minor issues from worsening or to make it easier for your plumbers to fix the problem when they arrive.

Unless you are a professional plumber yourself, these are pretty much the least you can do to fix a leaky pipe. Calling in a plumber is the best option you have, especially because pipe leaks tend to propagate very quickly. You may be able to fix one spot only to find a burst on another. A plumber knows how to handle the job safely and efficiently to fix all leaks once and for all. 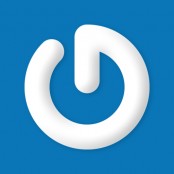